The sun had barely fallen below the horizon when German soldiers stormed through the front door of the house, shattering the peace of the once quiet village on the picturesque Greek coastline. It was 1943 and German soldiers were conducting a village wide search for able bodied men to use as labour to power their war efforts in the Aegean.

The Germans had fought hard to win The Battle for Greece in 1941, forcing the outnumbered and out-gunned Greek and British forces to evacuate Athens after a battle lasting 24 days. History would remember that the Greeks fought with great tenacity during the battle, and whilst victory had eluded them in 1941, in 1943 they were keeping the Nazis on their toes by using the mountainous terrain of Greece to their advantage.

So the Germans began systematically raiding the townships with the goal of depleting the available talent pool for the guerrilla forces. That’s why on this night they smashed through the door of the antediluvian structure, with their machine guns and bright lights searching every corner, hoping to recruit one more ‘volunteer’ that the guerrilla forces wouldn’t get.

But the only thing their search revealed was a five year old boy.

The boy froze for a few moments when they came through the door, then screamed and ran from the room. His parents reacted to his shriek, running into the house, directly into the waiting arms of the Germans. And whilst the mother was simply pushed aside, the father was seized, shoved out the door and told to wait with the assembled men as the Germans continued their search.

Thankfully the father returned a few days later; some families weren’t so lucky.

The father immediately scrambled together a few meager belongings then led the boy high into the safety of the mountains, hoping to find respite from the German forces who now occupied most of the coastline towns. But luck was not with him it seemed, for he had simply fled one battle to stumble into another.

Moments after he and the boy arrived at the impromptu camp, little more than a few hastily assembled tents and cooking fires made by the other refugees, he was caught up in the burgeoning civil war. Bands of Greeks of opposing ideologies were moving throughout the camp challenging men on their allegiance, sharing wine with fellow ideologues, and roughing up men who were not deemed partisan.

The boy’s father did what he could to keep his son safe, he lied, no doubt hoping to avoid any further trouble. He was thankfully left in peace. He then set to work making some form of home for them with what little they had, a task made easier when the boys’ mother joined them a few days later, carrying a few precious items and leading the family’s pig that she’d carried, dragged and cajoled the entire way up the mountain.

A few weeks later they quietly snuck back into the village, only to discover what little remained of it, it had been alternately shelled by the Germans then torched out of spite by communist Greeks. When they finally reached their house they found it all but demolished, all their valuables, what few there were, were gone.

With their home in ruins, all their animals dead, not even a chicken left alive, the father dispatched the boy to his brothers’ home in Melbourne. To him, this selfless act of compassion was in the boys interests, but the boys mother saw it as an act of betrayal and never forgave him for it.

Fast forward more than half a century and the boy has become an old man, a proud father to two sons and beaming grandfather to a little girl. The younger son was Dux of his school, graduating top of his class with an Honours degree in science, though these days he’s finding the real world harder to deal with than expected. He’s yet to hit his stride.

The older son, however, once the cause of no end of concern, has flourished. Finding school a challenge, he dropped out and meandered through life for a while. Eventually he chose to join the military, spending over a decade in uniform. These days he’s a successful self-made man, a businessman with his own honours degree.

But how is it that I know this story?

Is this my father story?

I learned this story at 9AM this morning when I chose to listen to an old man who dearly wanted to chat. At a time when I could have opted to cocoon myself away from the world – iPod in, brain switched off – I chose to chat with the elderly stranger sitting beside me whilst we waited for our cars to be serviced

The conversation began after his hemming and hawing became too much for me to ignore. I was watching him out of the corner of my eye, I could tell he was aching to talk to someone, so I looked up at him, smiled and he jumped at the chance.

“You read many plays?” he asked. I had a copy of Death of a Salesman in my hands.

No, this is just something I’ve chosen to read for university, I replied.

“Oh, what are you studying?

“Fantastic,” he said with a tad more enthusiasm that I would have expected, maybe I’d touched on a subject dear to him. “I’ve always been a believer in returning to study to keep the brain going.”

Then there was the briefest of pauses as he drew breath, but his expression politely warned me that this wasn’t a window of opportunity for me to step in.

“One of my sons recently graduated top of his class at RMIT,” he said, and then smiled proudly at my offered congratulations. “He received High Distinctions for all his classes and then took a role with a big company, though he found it hard to deal with.”

“The other one, he didn’t do so well at school. He was all over the place; we were really worried there for a while. He eventually went into the Army and now has quite a successful business of his own.”

Yeah, life’s funny like that, I offered. I was a bit of a mess at school but the military gave me the kick up the butt I needed. Now I’m on my third career. After almost a decade in the Army, and a decade in media and publishing, I’m finally studying to be a writer.

He smiled at this and I could see part way through my reply he had something to add.

“I always told my sons life is a buffet, if you’re not trying all the different flavours then what’s the point? I spent 30 years in politics where I’d see so many people trudging in to work that didn’t want to be there but they were too scared to change.”

The conversation rambled on for a few minutes, eventually moving from the story of his youth to the problems with the youth of today. Now I’m sure lambasting younger generations is a favourite pastime of retired folk, but I didn’t want to play his game. But at 39 I was trapped, which side to choose? I’m too old to be young, but too young to be him?

We talked about how Generation X through Z seem to bounce between jobs these days, parrying over whether we this was because they wanted to try new things, or because with all the available options before them, it was too hard to be passionate about, and to commit to, just one thing.

However, most unexpectedly, we agreed on one point; how much easier we’d found it in our lives to make choices when under pressure.

His pressure point was a recurring dream that haunted him about that night the Germans startled him with the flashlight. This propelled him to do everything in his power to arm his sons with knowledge so they didn’t become victims in a contemporary society where wars are more commonly fought with words.

My pressure point was also a recurring memory, though not of war. During my years as an office stiff I watched people around me begrudgingly showing up to work, only to spend hours harping on about what they’d rather be doing. I knew I felt the same way, but the money was either too good, or the job too easy, to change. Eventually the pressure within me built to a point I couldn’t ignore any longer; so I quit, returned to study, and I’m a happier man for it.

So if there’s to be a moral to this story, it’s this: in a society where we tend to value the, young, fast, fit and sexy, take a moment to acknowledge the old, spotted, and greying moving slowly around us. This morning’s revelatory chat reminded me of the value of unplugging from technology, even momentarily, and reconnecting with the people that we spend so much of our lives surrounded by but somehow cut off from.

Garrulous old man, wherever you are, all my best for the remainder of your Halcyon years! 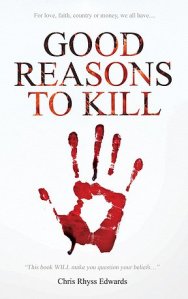